As the days get colder, warm up with a bowl of Chicken and Barley Soup, made with carrots, onions, celery, chicken breasts, and pearl barley. 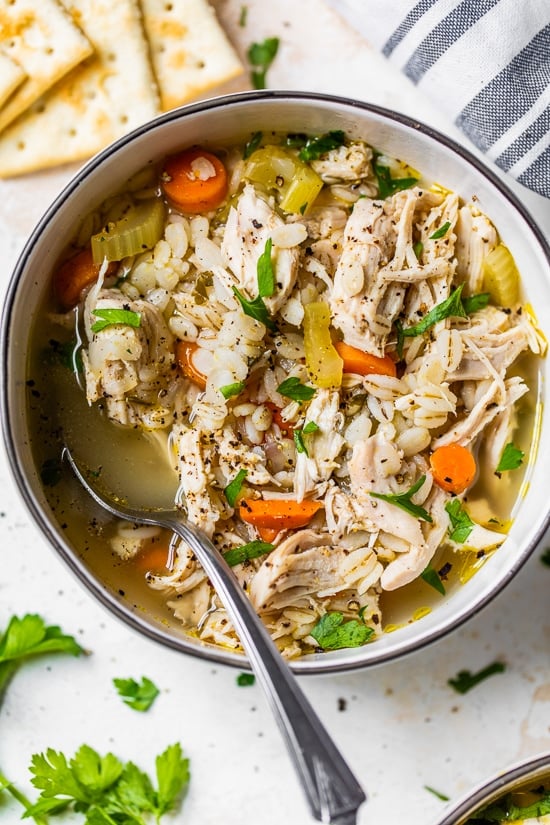 On those cold nights when I can’t seem to get the chill out of my bones, I love making soup. One of my favorite soups growing up was Beef Barley Soup, but this chicken version which is a bit lighter, is also delicious. I use chicken on the bone because it gives it even more flavor. It’s a soup my whole family loves and is a nice alternative to classic chicken noodle soup. For more of soup recipes, click here. 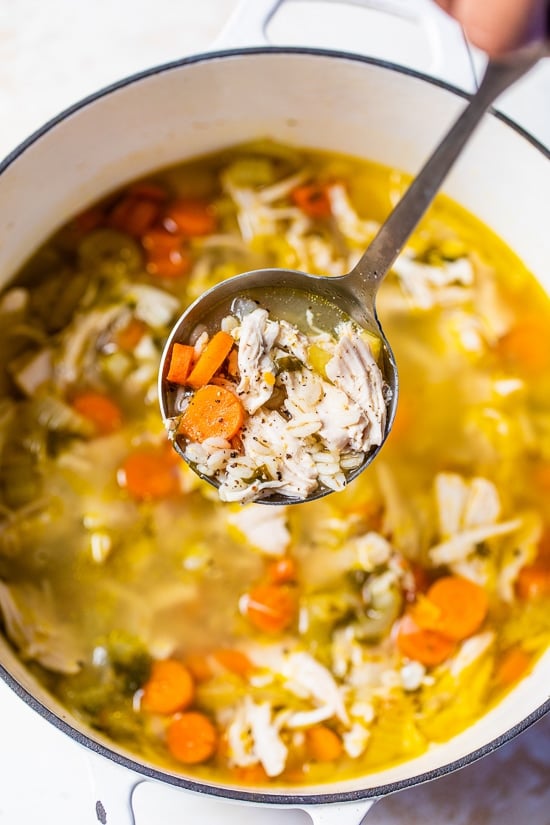 What are the benefits of eating barley?

I love the chewy texture of barley, which feels like pasta when you eat it. I use pearl barley in this soup, which cooks faster than hulled barley. Using barley in your chicken soup makes for a more nutritious dish than chicken noodle soup. Barley has a ton of fiber, which helps with weight loss and digestion. It also has some protein and vitamins and minerals, like B6, niacin, phosphorous, and selenium.

Do you have to cook barley before putting it in the soup?

No, you don’t need to cook the barley before adding it to the soup. The barley cooks right in the soup.

This hearty chicken barley soup is great for meal prep since the leftovers are even better the next day. It takes a while to cook, so make it when you have more time and then eat the leftovers throughout the week. You can also freeze this soup in portions to eat later.

How to Freeze Chicken Barley Soup:

Freeze leftovers in individual containers or in one large container for up to three months. Thaw in the refrigerator for one or two days depending on the size and then reheat in the microwave or on the stove. 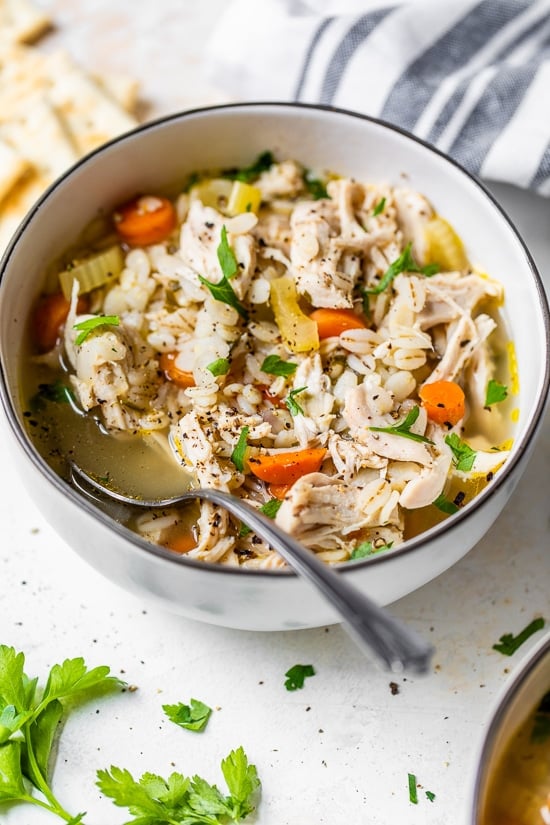 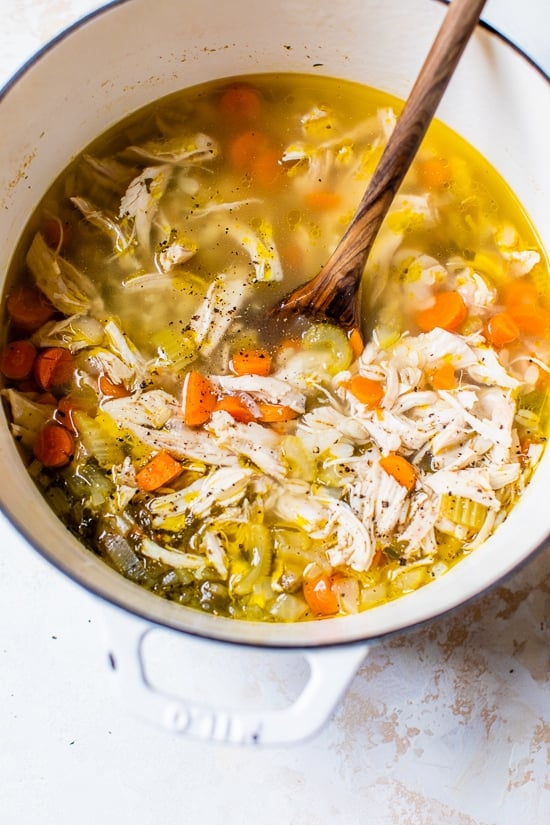 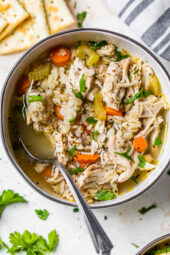 Print WW Personal Points
5 from 40 votes
Did you make this recipe? Leave a review »