Get new post updates: via rss via email
Skinnytaste
Skinnytaste > Recipes > Eating My Way Through DC

Eating My Way Through DC 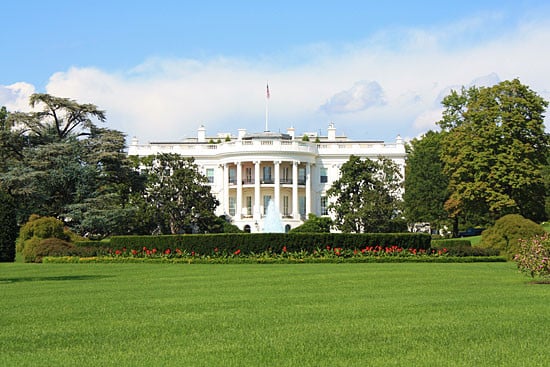 Hi there! If you were wondering where I’ve been these past few days, I just returned from a three day, food-centered trip to DC, hosted by Destinations DC, the official convention and tourism corporation for Washington DC along with Tina of Carrots n Cupcakes and Leslie of And Her Little Dog Too.

This trip combined my two biggest passions, food and travel. From a foodie perspective, DC has so much to offer whether it’s sampling local favorites from neighborhood eateries or indulging in award-winning cuisine at 5 diamond awarded restaurants such as the Mandarin Oriental Hotel’s CityZen. You can experience affordable cuisine from diverse countries including Ethiopian, Salvadorean, Mexican, Thai and more to world class dining by James Beard award winning chef Jose Andres. 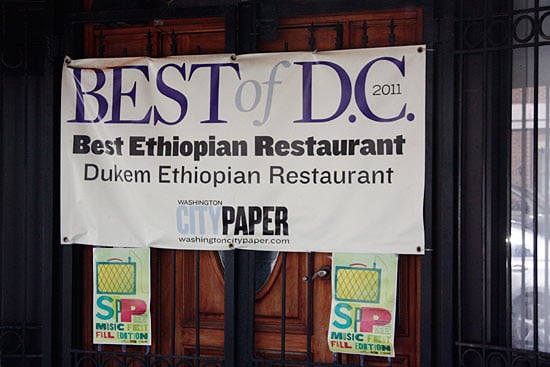 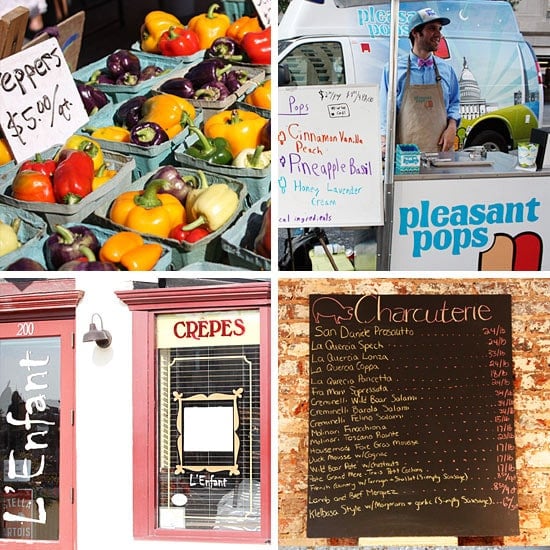 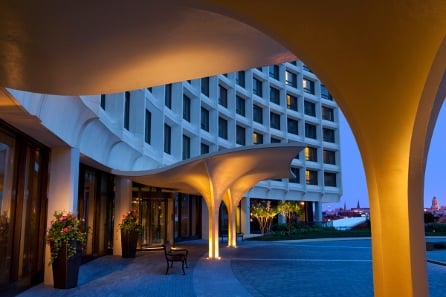 We stayed at the Washington Hilton, which has recently undergone a top-to-bottom make-over at a cost of $140 million. The staff was wonderful, the rooms were modern and I loved the little extras like the delicious mint or cranberry infused waters in the lobby.

The hotel even sent us tweets, how cool is that?

Every foodie pilgrimage to DC must include a visit to Julia Child’s kitchen to pay homage to a culinary legend, whose kitchen is on permanent display at the National Museum of American History. 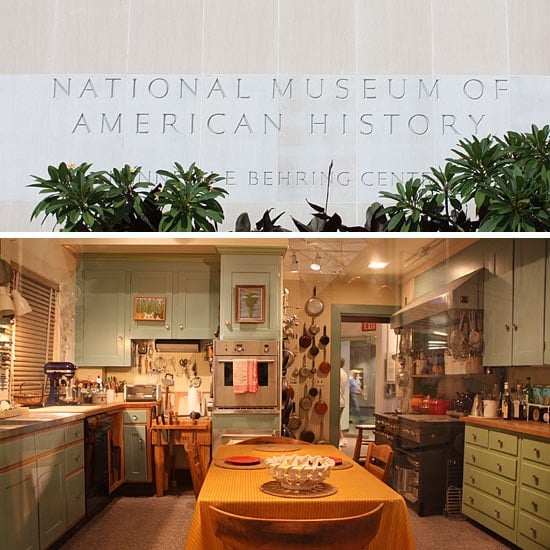 A tour of “What’s Cooking Uncle Sam?” exhibit at the National Archives walks you through government’s role in the American Diet throughout history. 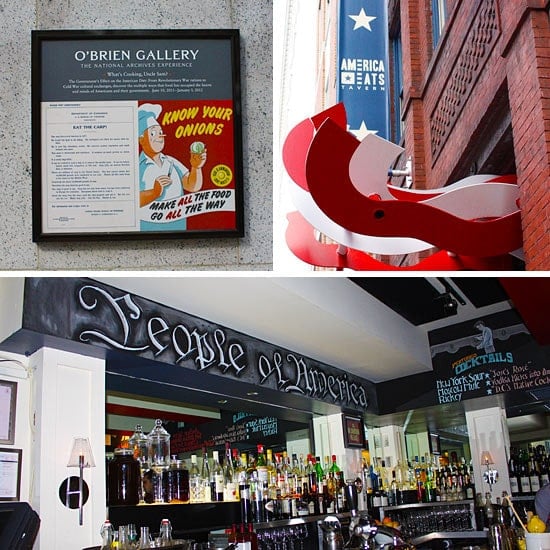 Followed by that, cocktails and appetizers are a must at the pop-up restaurant America Eats Tavern, a living extension of the “What’s Cooking Uncle Sam?” exhibit. America Eats offers a new take on American classics, with chef Jose Andres putting his modern spin on classic favorites. If you plan on visiting DC within the next few months, be sure to stop by as it will only stay opened until January.

The idea behind America Eats Tavern is to tell the American story through lost dishes and beverages, which tell a forgotten story of the culinary diversity across the states, and all profits are donated to the National Archives. We traveled through time and sipped drinks like the Moscow Mules, Switchel, Grog, Champagne Cocktail, Rickey, Horse’s Neck with a Kick (to name a few!!) 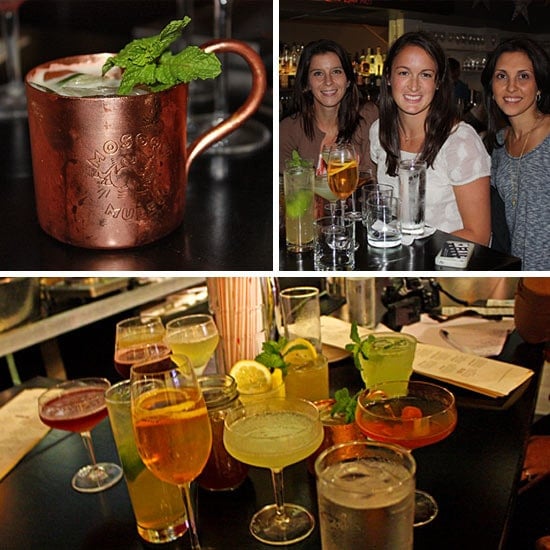 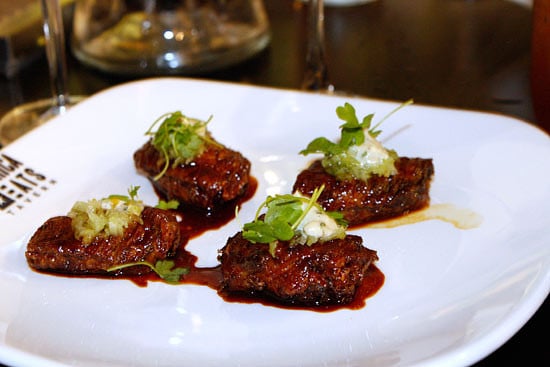 Deconstructed keylime pie and pecan pie which were presented so beautifully… 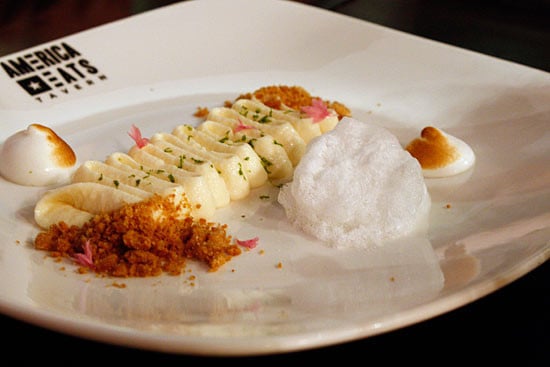 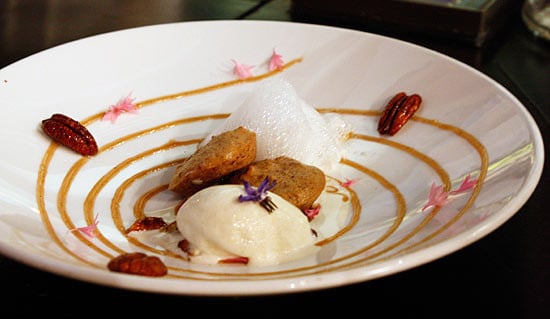 After sampling all those cocktails, we were feeling no pain : ) 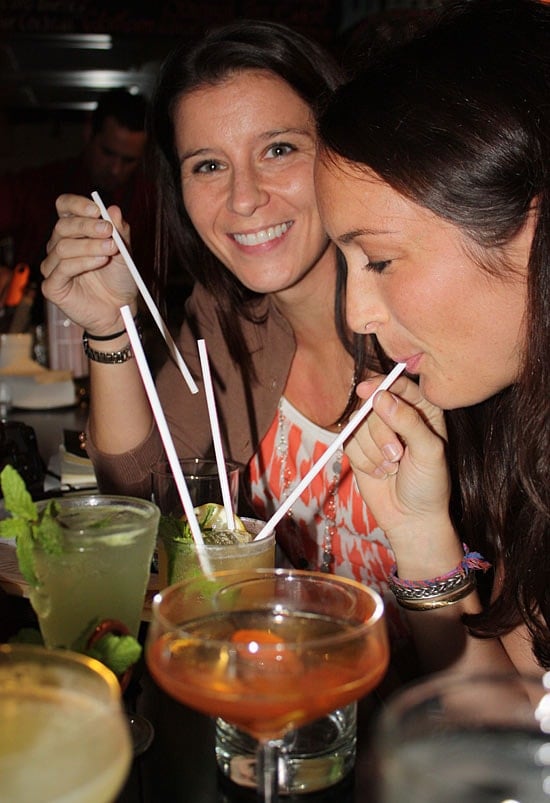 Fit For A President

Next we set off to conquer a 5 course meal at the District Line, where the chef is no stranger to cooking for the President. 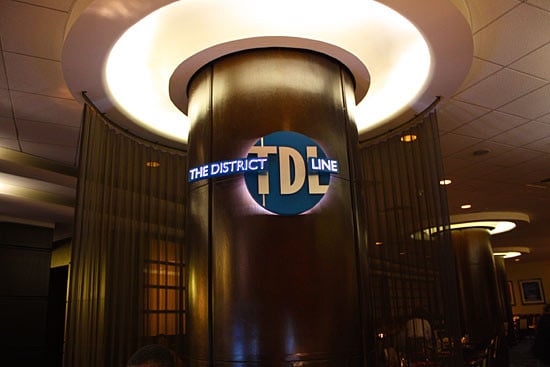 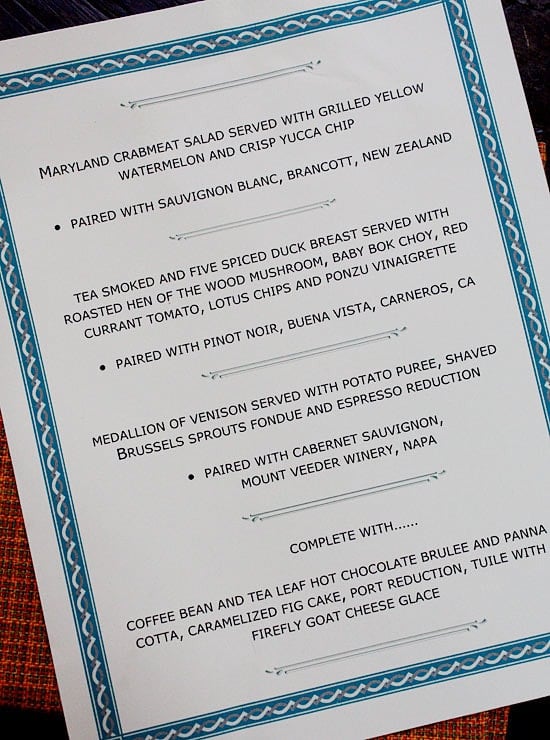 Everything they brought out was outstanding, but if I had to pick two dishes from that evening that I wish I could have again and again, it would be the Tea smoked five spiced duck breast and  the Medallion of venison, heavenly! 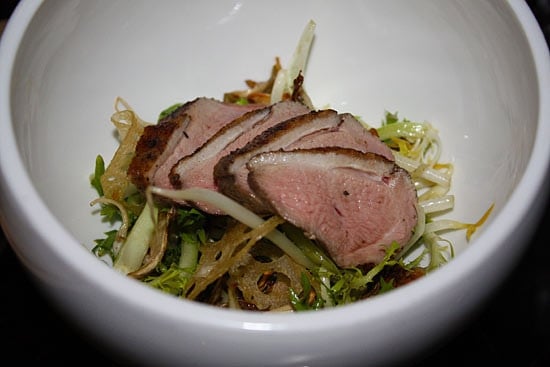 And that concluded day one (I know what you’re thinking, that’s a lot of food in one day)
Well there’s still more to come, some recipes and a giveaway so stay tuned!