This easy, Cinnamon Apple Crisp recipe is perfect for fall, lightly sweetened with raisins and honey with a crisp, oat topping. 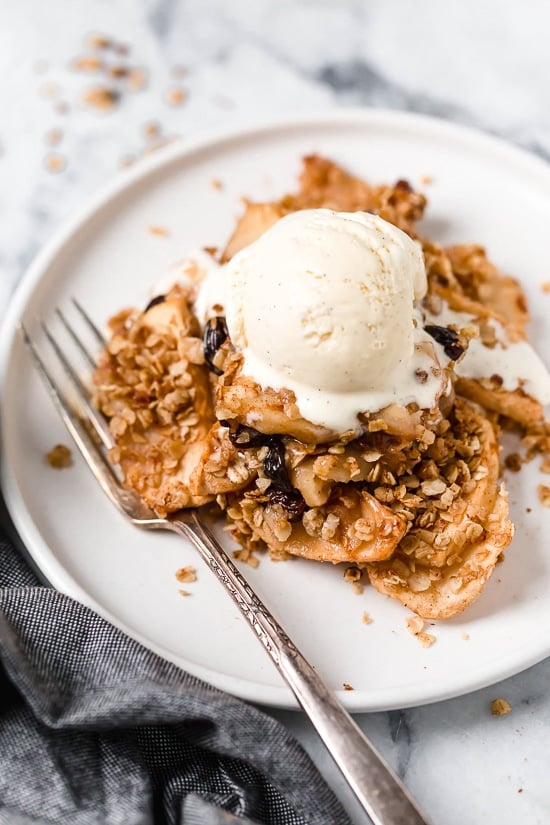 If you went apple picking and need ideas on ways to use your apples, this apple crisp recipe is a great fall dessert. It’s the coziest fall dessert that’s pretty healthy considering you have lots of apples and oats! There’s nothing quite like the smell of apples and cinnamon coming out of your oven on a crisp, fall day. This easy apple crisp recipe is sure to be a crowd pleaser. For more apple recipes you may also like Apple Cobbler, Apple Butter, and Slow Cooker Apple Sauce, just to name a few! 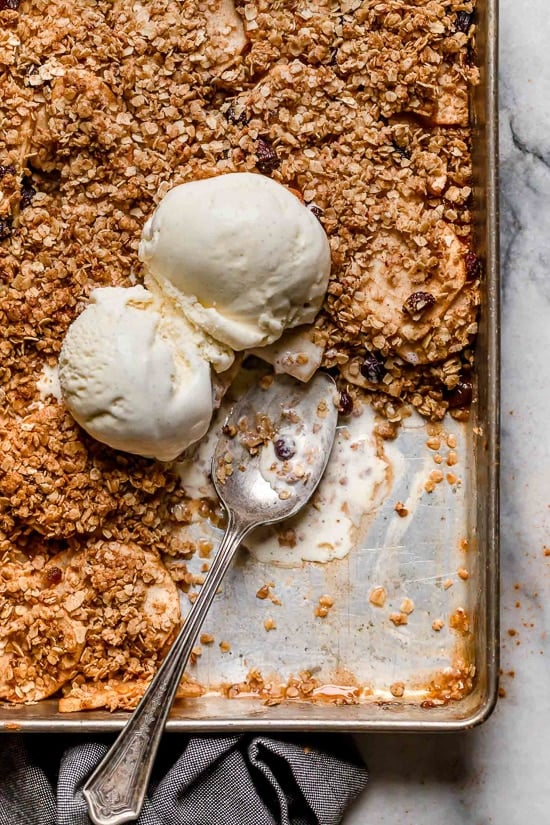 My favorite desserts are crisps, cobblers and pie. Apple crisps are the easiest of them all, because the oat topping is simple. Some apple crisp recipes don’t use oats, which is totally fine. But I love the crisp oat topping, because they are high in fiber, magnesium and antioxidants.

Best way to eat an apple crisp, in my opinion is warm topped with a very small scoop (about 1/4 cup) of vanilla ice cream or frozen yogurt, if you desire (my favorite way to eat it!). It’s totally optional, and will add more calories.

Which apples are best for apple crisp?

Best answer, any apple you like! I personally like to use sweeter apples so I don’t have to add too much sugar such as Honey Crisp or Gala.

How long is apple crisp good for?

You can store apple crisp room temperature for 1 to 2 days, refrigerated for up to 1 week, or frozen for 3 to 4 months. When refrigerated, you can eat it cold or pop it back in the oven set very, very low or in the microwave to get the chill out.

How To Make Apple Crisp 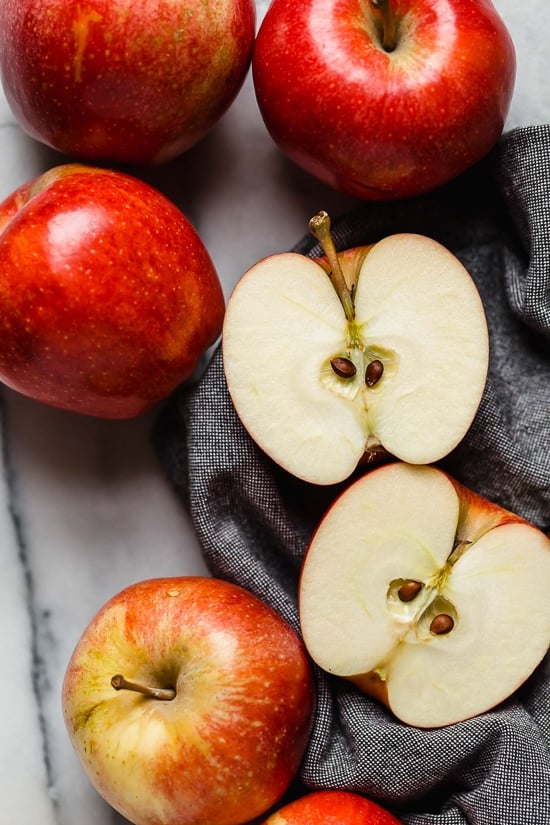 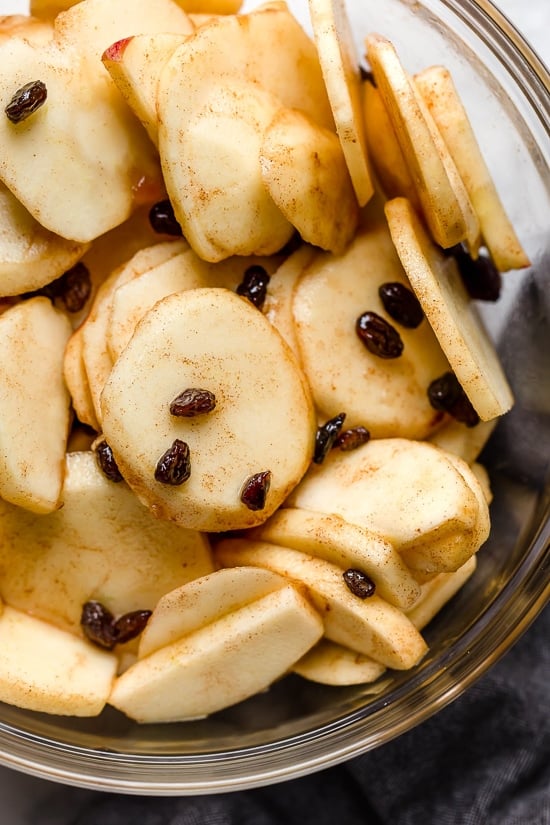 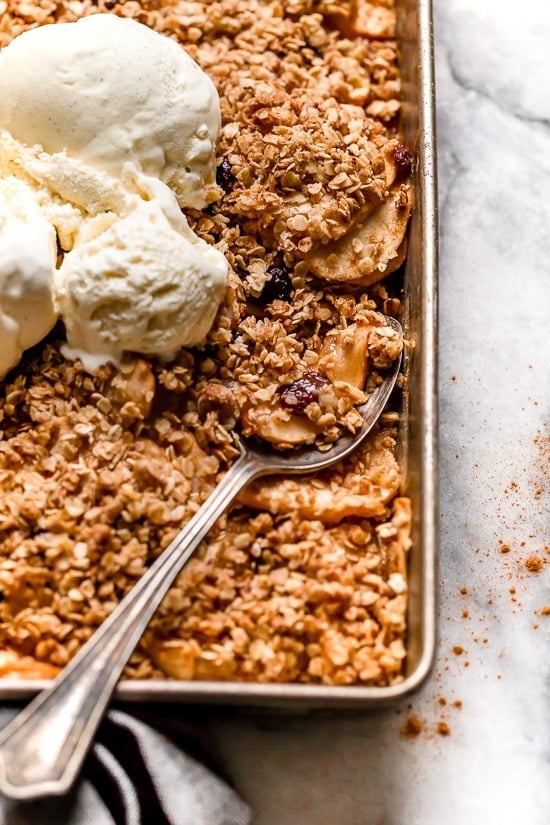 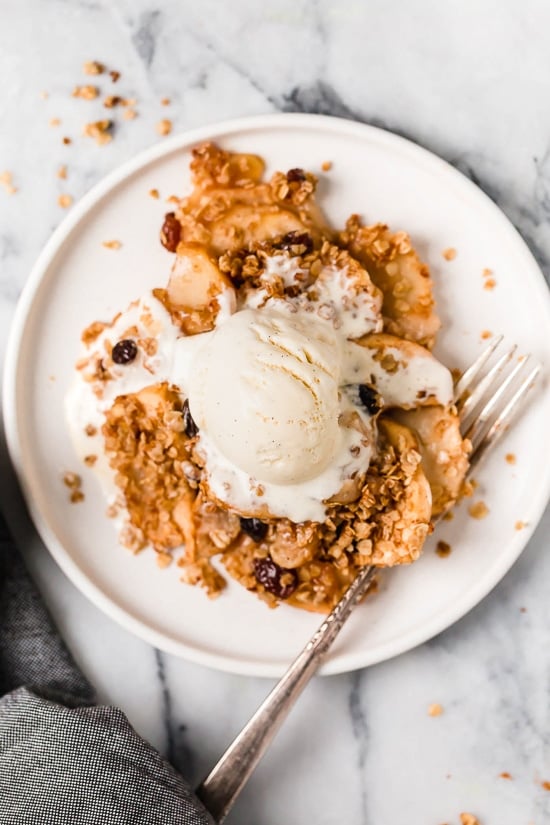 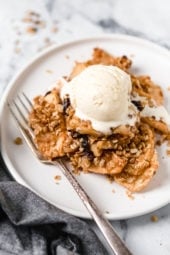 Print WW Personal Points
5 from 23 votes
Did you make this recipe? Leave a review » 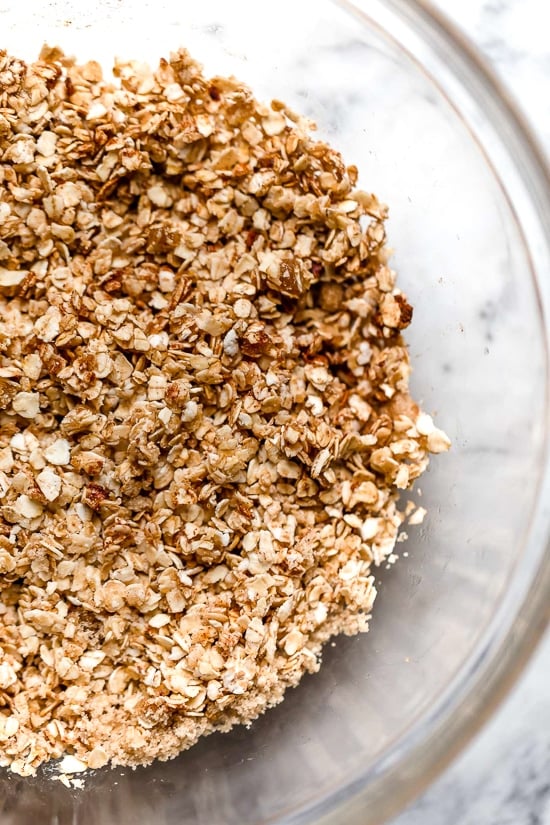 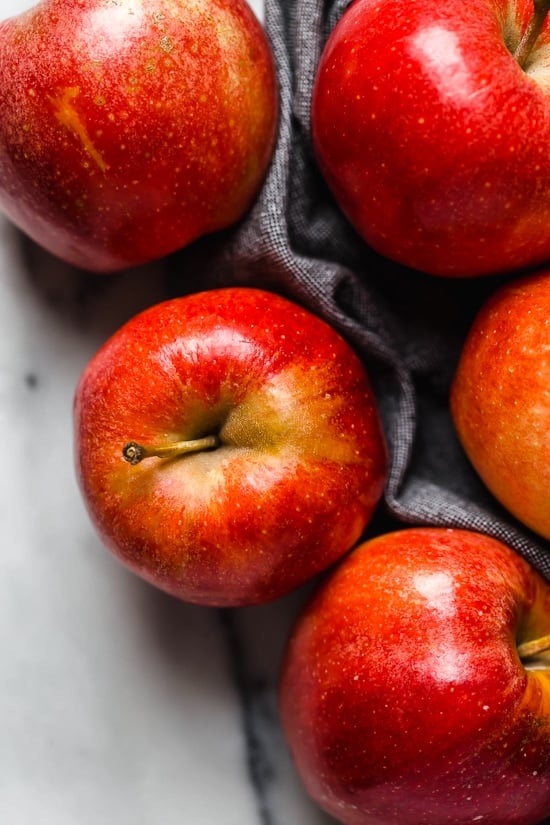