Colombian-Style Zucchini Rellenos are inspired from a Colombian dish, Pepino Rellenos which I fell in love with when I was there many years ago. 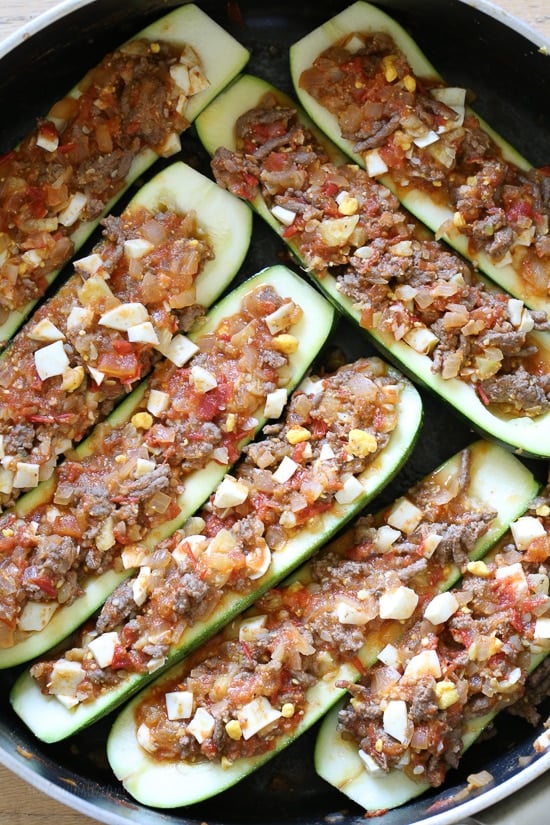 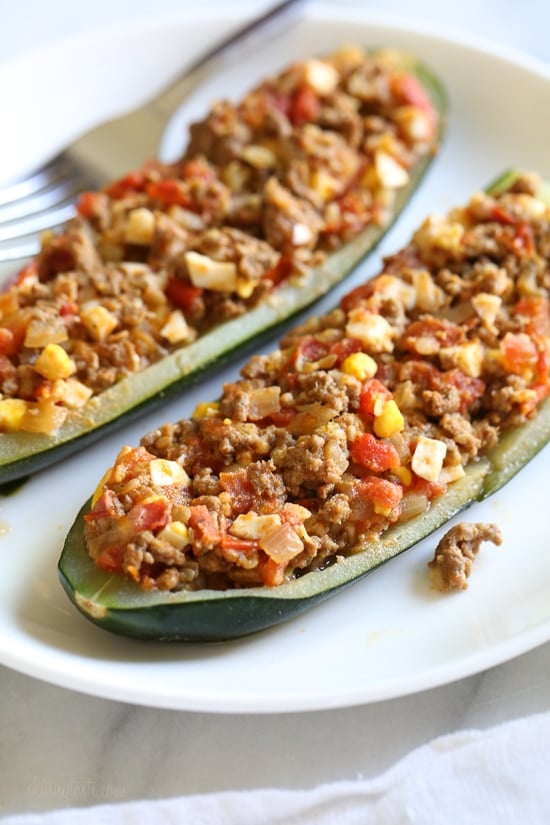 In Colombia, they don’t use zucchinis, instead they use Pepinos known as stuffing cucumbers or Slippery Gourds in English. Because that’s not very common here, I used zucchini which are in season. They are low-carb, Whole30, Keto, gluten-free, dairy-free and Paleo.

They might not be pretty to look at but they are quite delicious! Colombians typically stuff the gourds with a mixture of ground beef stewed with tomato sauce and chopped hard boiled eggs. Sometimes they add rice or potato, but I skipped it to keep the carbs low. They also stew it in milk, but I found this didn’t do much for the zucchini, so I steamed it in broth.

You’ll need a really large deep skillet to make this so they all fit, and be sure the zucchinis aren’t too large. 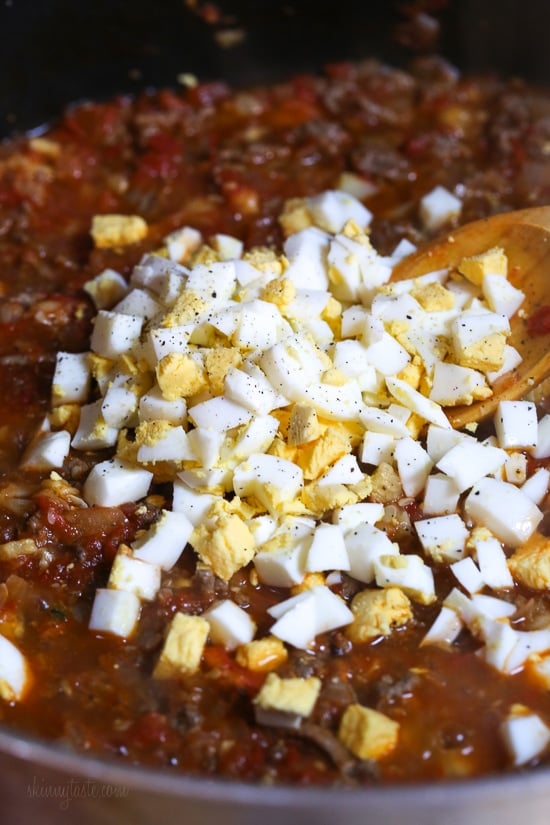 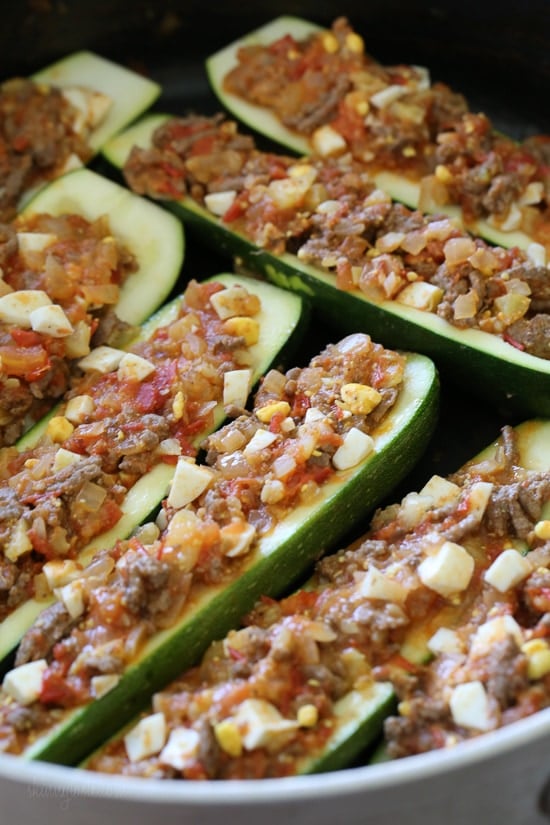 More Zucchini Boats You Will Love 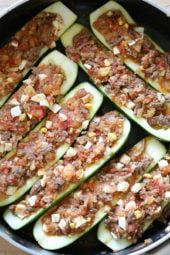 Print
5 from 7 votes
Did you make this recipe? Leave a review »

3
4
3
SP
214
Calories
Prep Time: 5 mins
Cook Time: 35 mins
Total Time: 40 mins
Yield: 4 servings
COURSE: Dinner
CUISINE: American
These Stuffed Zucchinis, which are low-carb, Whole30, Keto, gluten-free, dairy-free and Paleo, are inspired from a Colombian dish, Pepino Rellenos which I fell in love with when I was there many years ago.