Cozy and comforting, this Potato Leek Soup recipe combines potatoes, leeks and broth for a simple homemade soup the whole family will love!

This is the kind of soup that is so simple to make yet tastes like you really know your way around the kitchen. I grew up loving this classic soup as a kid, and eating it always brings me back to a happy place. Because I grew up with my parents cooking soup from scratch, I have a ton of soup recipes! 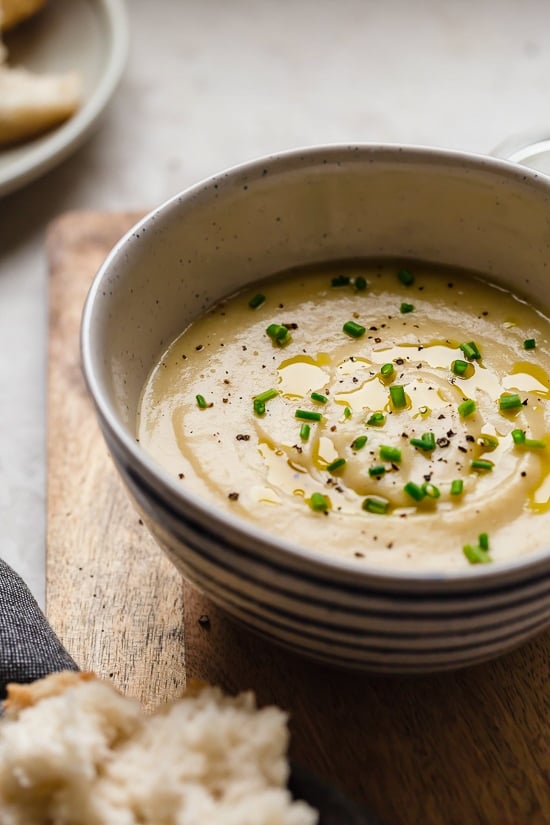 I always think of my childhood when I make potato leek soup. Since my parents made soup for dinner as a starter or main dish almost daily, I certainly had my fair share of soup. The soups I enjoyed most as a kid, were the purees, as I was pretty picky. On nights we had potato leek soup, I never complained though, and still to this day crave this soup when the weather gets cold.

Potato leek soup is simple to make, the mild flavors of leeks and the potatoes compliment each other so well. Although I like mine pureed, if you prefer yours a bit chunky you can use a potato masher instead of an immersion blender to give you bigger chunks.

How To Clean Leeks

The most important thing to know about making this soup is how to clean the leeks. They’re sandy and dirty, and hide it pretty well, so be sure to wash them well.

How To Make Potato Leek Soup

Once you clean the leeks, making potato leek soup is easy! Roughly chop the leeks. Add butter and flour to a heavy pot or Dutch oven to make a roux. Then add leeks, onion, chicken stock and potatoes and simmer until the potatoes are tender. Then blend the soup with an immersion blender or if you wish, a regular blender in batches until smooth. 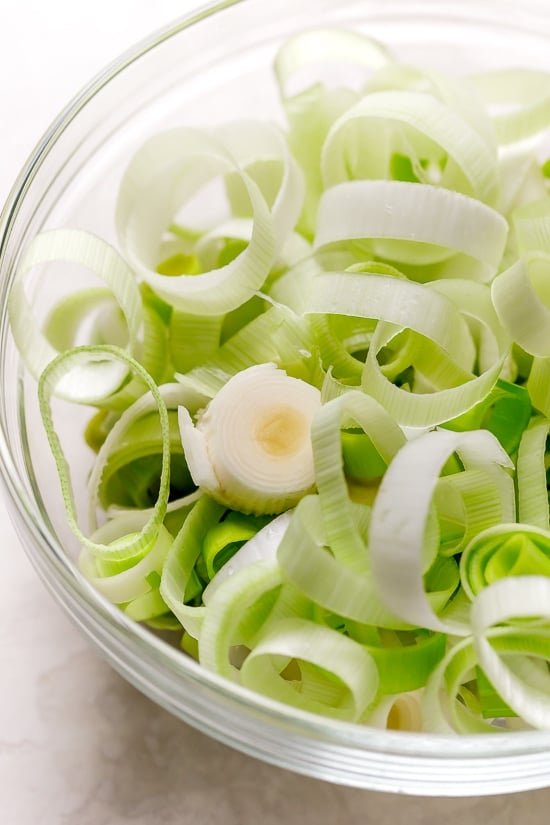 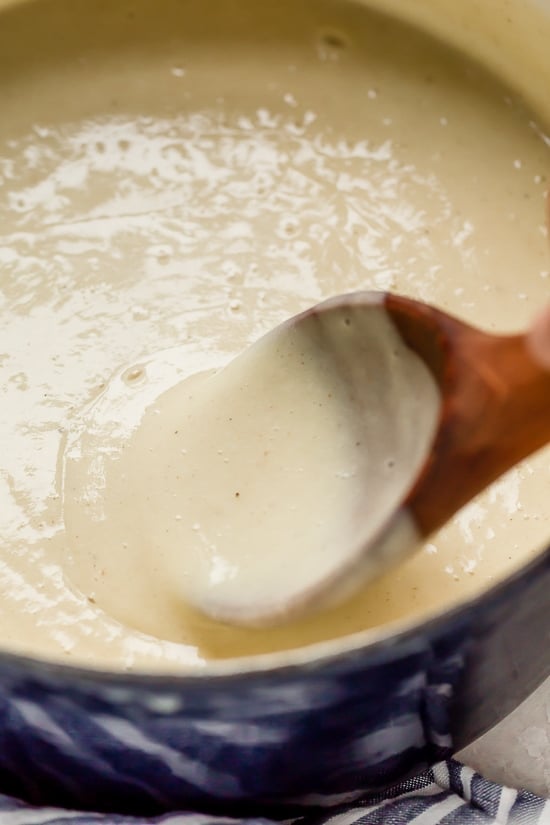 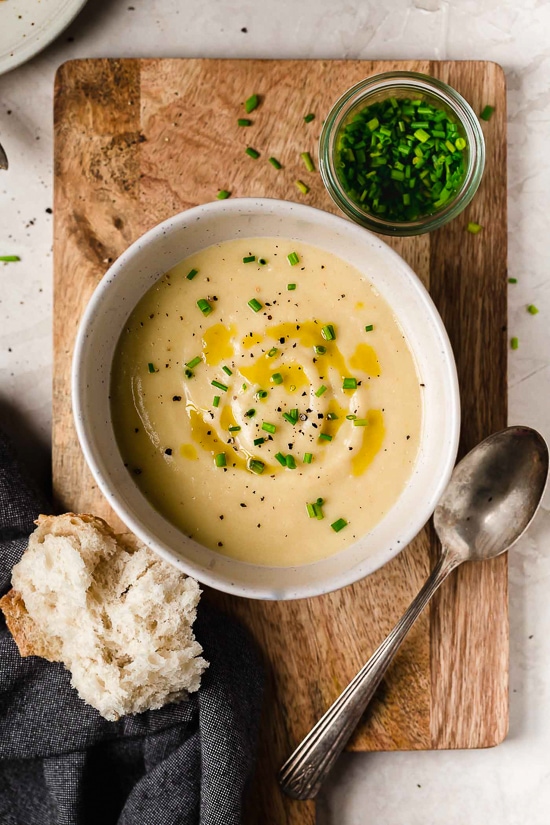 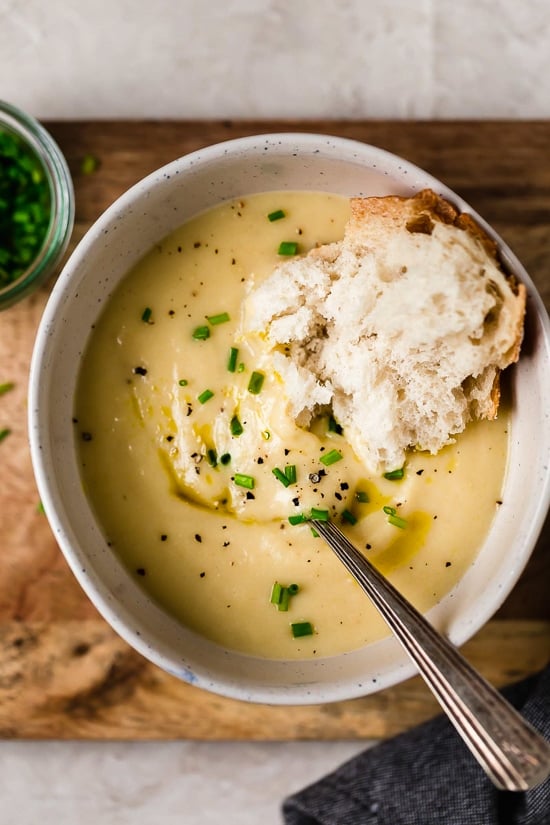 Print WW Personal Points
4.86 from 103 votes
Did you make this recipe? Leave a review » 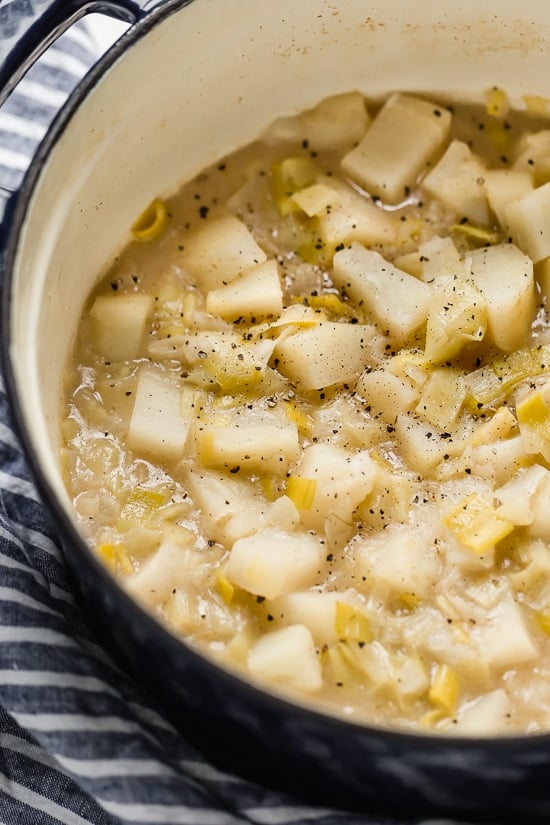