Apricot-Rum Glazed Spiral Ham is perfect for the Holidays, and easy since the ham is already cooked you’re basically just heating it up and adding your own glaze. 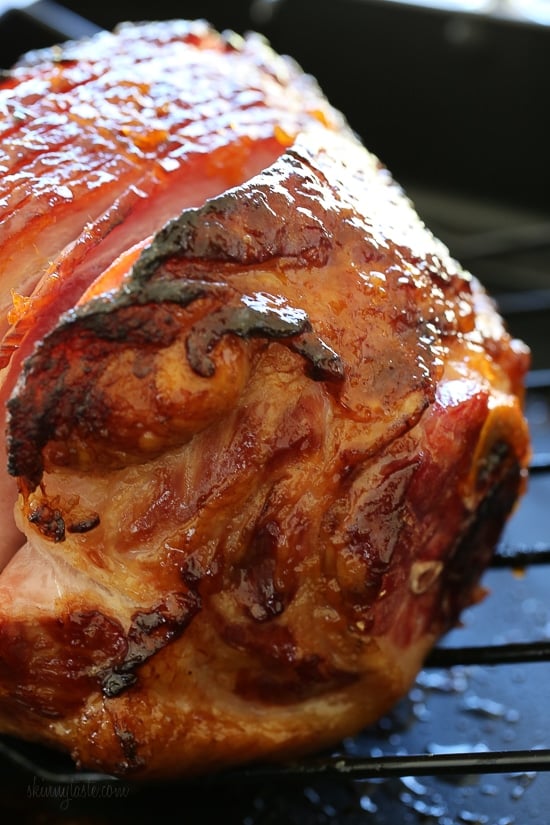 Ham is perfect to make for the holidays because it’s easy, feeds a lot of people and it’s pretty hard to mess up. Leftovers can be used to make this Leftover Ham Bone Soup with Potatoes and Cabbage, Pressure Cooker Split Pea Soup with Ham and 16 Bean Soup with Ham and Kale. 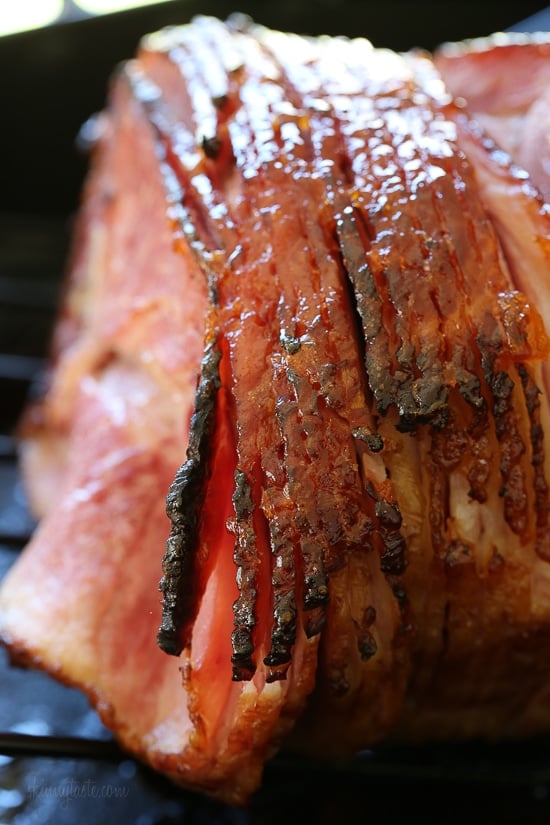 This recipe was ever so slightly adapted from the cookbook How To Celebrate Everything. An adorable book filled with recipes for Holidays, Family Dinners, Birthday Rituals and everything in between.

Leftover ham is always great in soups, omelets, beans, and fried rice. Really just about anything you want to add flavor to. Since pre-sliced hams are sold fully cooked, all you have to do is warm it through in the oven for about 10 to 12 minutes per pound. If your ham comes with a glaze packet, toss it out and make it with this simple glaze instead. It will taste much better than the questionable ingredients in the packet that comes with the ham. 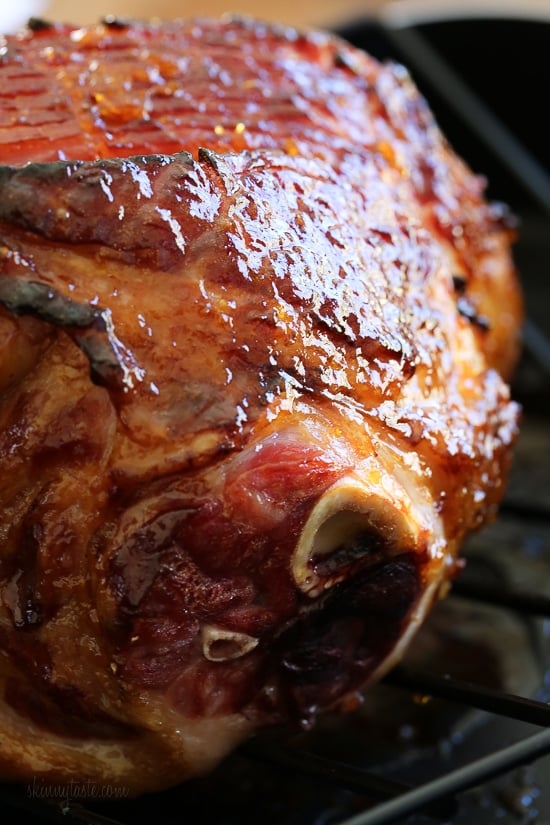 And don’t throw away that ham bone! 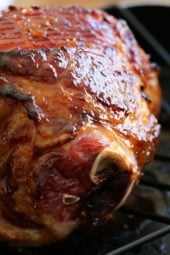 Print WW Personal Points
5 from 2 votes
Did you make this recipe? Leave a review » 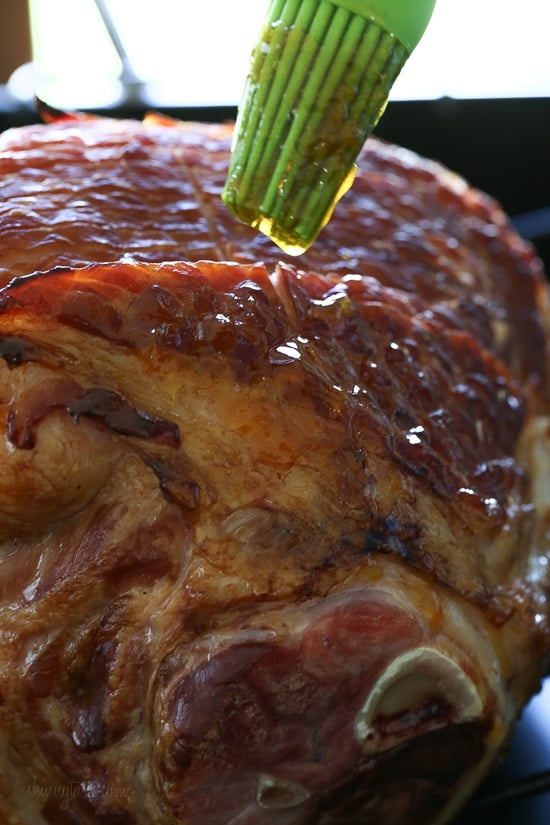