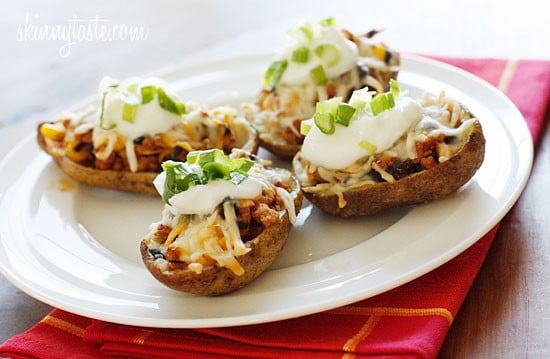 Loaded baked potatoes are so quick and easy to make. A few of my other favorites are Loaded Turkey Chili Baked Potato, Broccoli and Cheese Twice Baked Potato, and Loaded Philly Cheesesteak Baked Potatoes.

Seriously, I doubled the turkey filling and couldn’t stop eating it. I had it with eggs for breakfast and on tortillas for lunch, even made some enchiladas with the extra… it is THAT good! 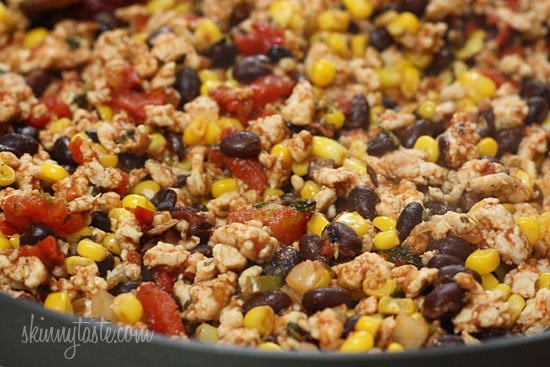 The serrano peppers give the filling a little extra kick that I just loved. I found them jarred in my Mexican aisle, the brand I used was Goya, a little goes a long way. You can make the potatoes and the filling the day before, then bake when you are ready to serve!

And did I mention they are gluten-free? To make them vegetarian, simply leave out the turkey and add a little more corn and beans to the filling. 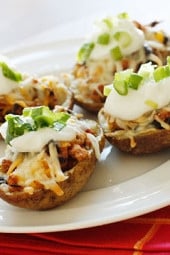 Print
5 from 1 vote
Did you make this recipe? Leave a review » 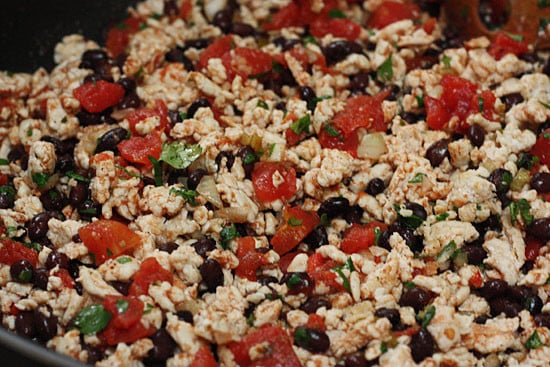 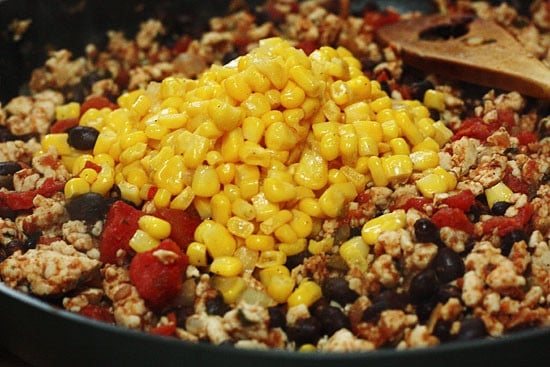 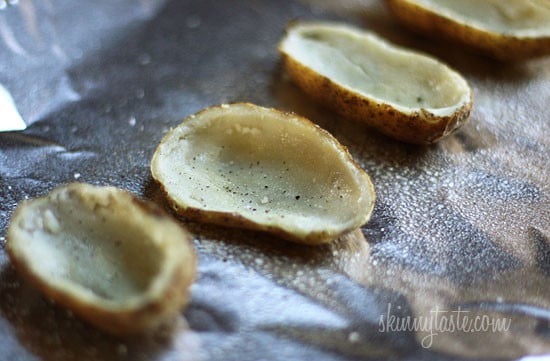 *I weighed the skins after cooked and scooped out, they were approx 14.5 oz. 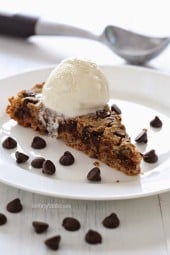 Pork Chops with Mushrooms and Shallots