Quick skillet steak with onions, peppers, mushrooms loaded on top of a baked potato and topped with melted cheese – this Loaded Philly Cheesesteak Baked Potato is perfect for the meat and potato lover in your life! 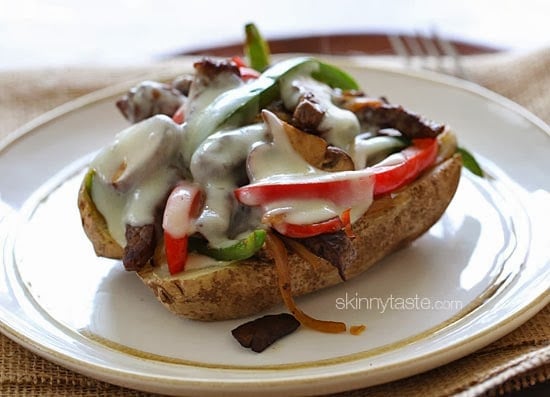 Loaded baked potatoes are so quick and easy to make. A few of my other favorites are Loaded Turkey Chili Baked Potato, Broccoli and Cheese Twice Baked Potato, and Sloppy Joe Baked Sweet Potatoes. 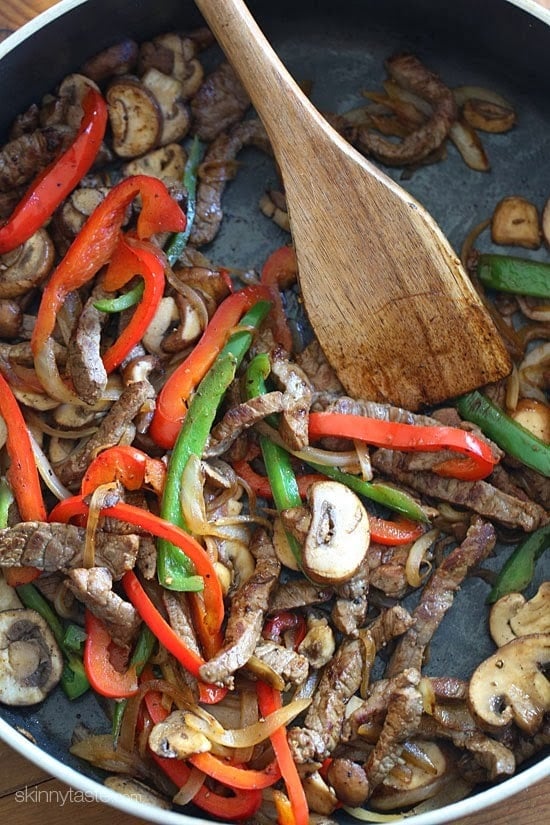 I’ve had this idea for a while and finally made it for dinner to test it out. From start to finish this took only 20 minutes and it was so good! I used a full fat provolone cheese, because I wanted the cheese to melt nice. After all this is a cheese steak and at 8 points plus for the whole meal, I was able to splurge. If you want to use reduced fat, that’s totally up to you, you’ll save 1 point. 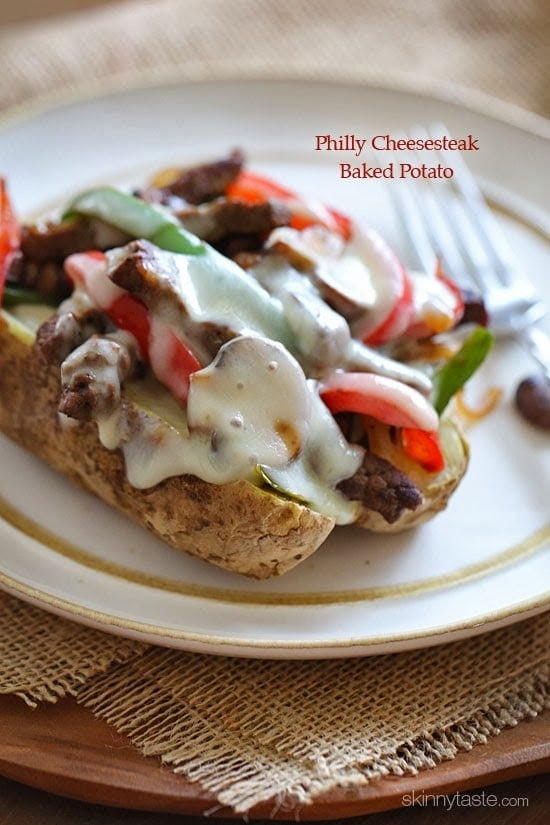 Can you do this with sweet potato? Of coarse you can! But I thought russet would pair perfect with the steak and just to clear up the confusion, white potatoes aren’t all that bad for you. Potatoes are have gotten a bad rap as a white starchy food, but when they’re not drowning in butter or deep fried as french fries, they are actually a
healthy, low calorie, high fiber food and a good source of vitamin B6, vitamin C, copper, potassium and manganese. They also contain a variety of phytonutrients that have antioxidant activity so if you want to stick
with a traditional baked potato, it’s OK! Skinny Tip: If you buy bag of russet potatoes, the potatoes are much smaller than the ones they sell individually, they average about 5 to 6 oz each. 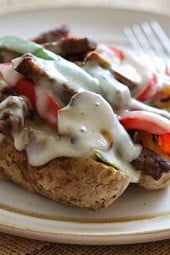 Print
5 from 4 votes
Did you make this recipe? Leave a review » 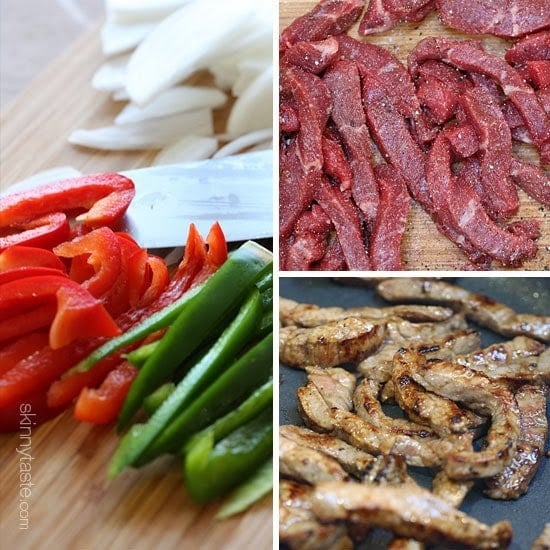 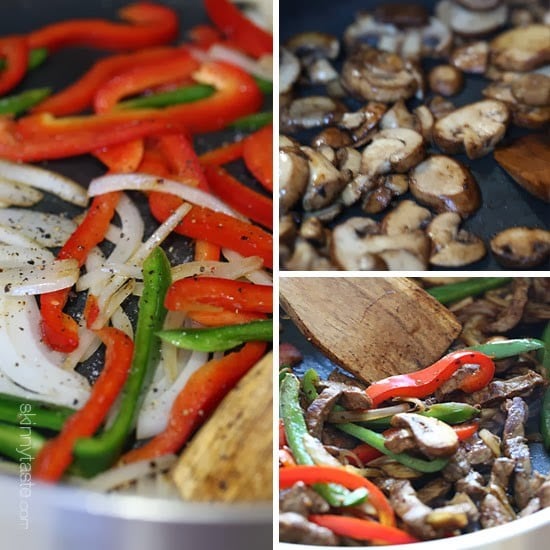 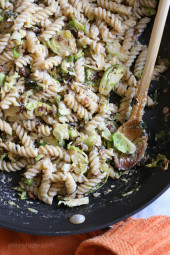 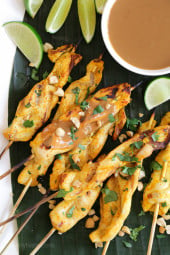 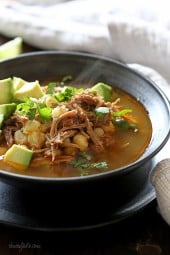