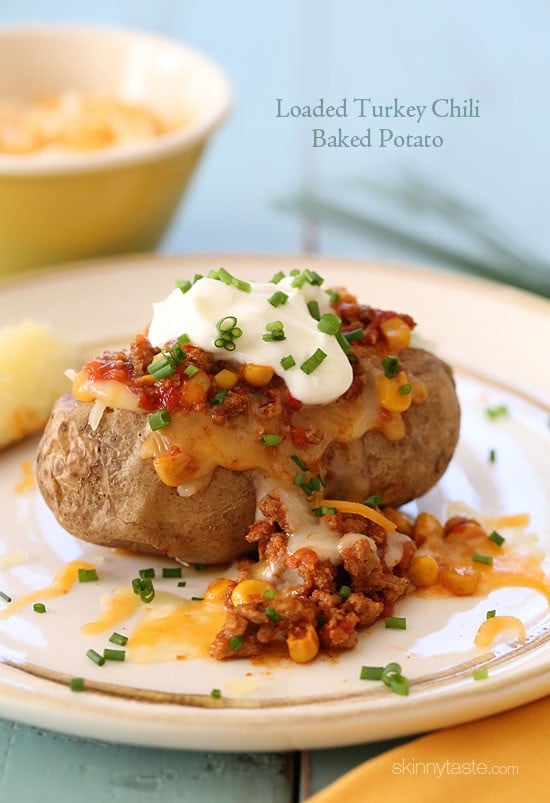 Loaded baked potatoes are so quick and easy to make. A few of my other favorites are Loaded Philly Cheesesteak Baked Potato, Broccoli and Cheese Twice Baked Potato, and Sloppy Joe Baked Sweet Potatoes.

I love a dish that can be served many ways. Last night I asked my husband Tommy how he wanted his chili (yesterday’s crock pot kid-friendly turkey chili) and he told me on a baked potato. Of coarse he would. So I popped a few russet potatoes in the microwave (sure, you can do this in the oven too) topped it with shredded cheese, turkey chili and some chopped chives from my garden and dinner was ready in less than 10 minutes – and my husband was a very happy man.

Can you do this with sweet potato? Sure you can! But just to clear up the confusion, white potatoes aren’t all that bad for you. Potatoes have gotten a bad rap as a white starchy food. But, when they’re not drowning in butter or deep fried as french fries, they are actually a healthy, low calorie, high fiber food and a good source of vitamin B6, vitamin C, copper, potassium and manganese. They also contain a variety of phytonutrients that have antioxidant activity. So if you want to stick with a traditional baked potato, go ahead… enjoy!

Tip: If you buy a bag of russet potatoes, the potatoes are much smaller than the ones they sell individually. They average about 5 to 6 oz each. 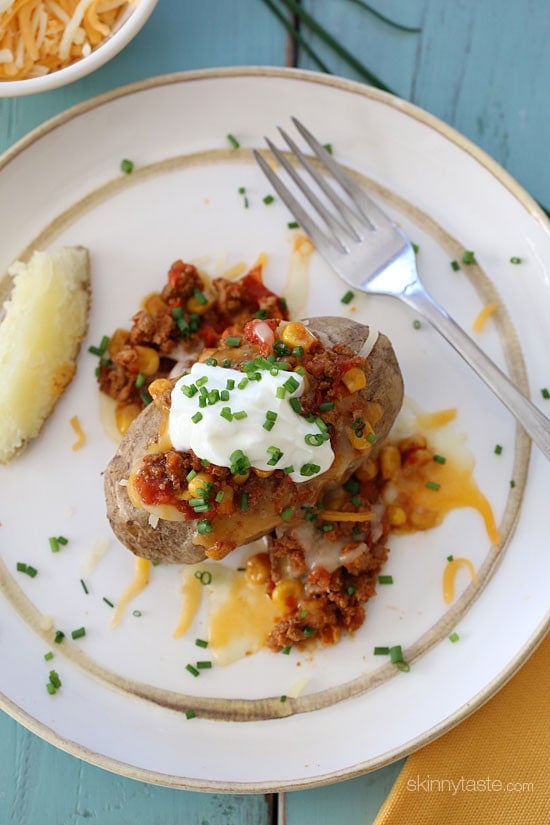 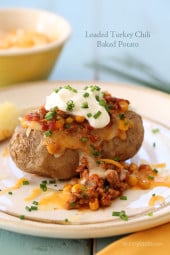 Print
Did you make this recipe? Leave a review » 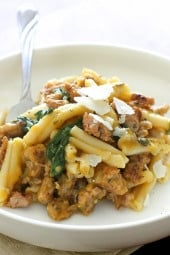 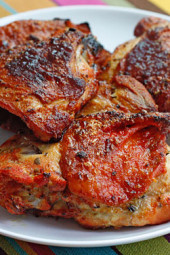 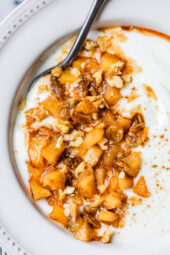