This slimmed down version of loaded baked potato soup is a comforting & delicious recipe that’s ready in only 20 minutes! It  has everything you love about a baked potato – sour cream, cheddar, bacon and chives, at a fraction of the calories! 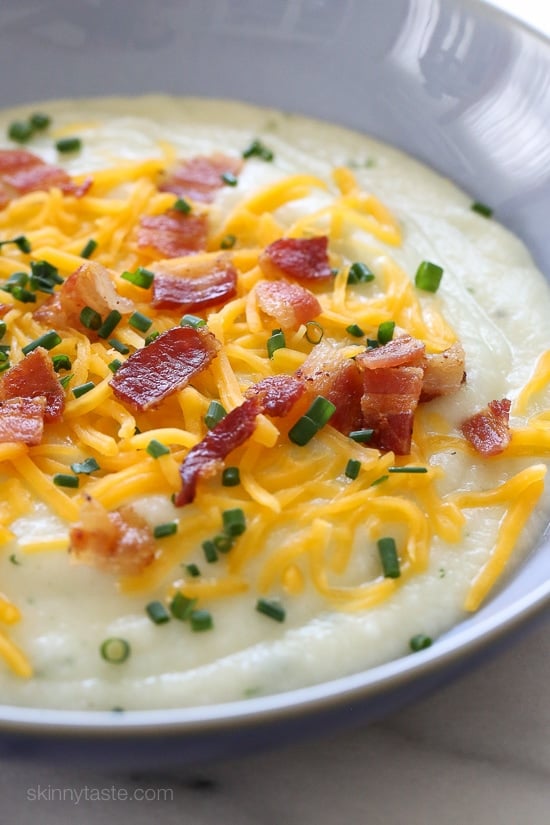 This soup is so easy to make, it takes less than 20 minutes for a creamy, delicious homemade soup the whole family will love. The secret to slimming it down is swapping part of the potatoes with cauliflower, you can’t even tell! If you love potato soup, you will also love this Potato Soup with Leeks. 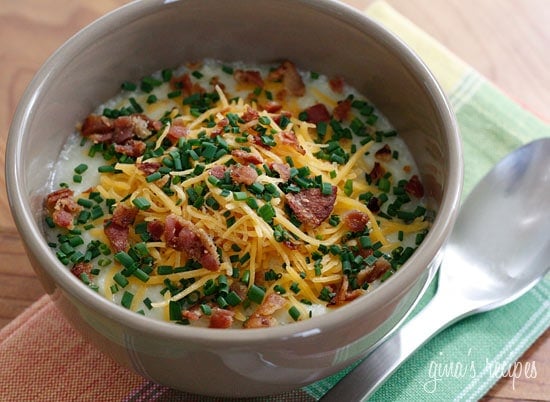 This has been one of my most popular soup recipes since I first shared back in 2011. I had gotten a request to make over  traditional baked potato soup (you really like to challenge me, don’t you!) and was a little stumped on how to tackle it. With potatoes, sour cream, cheese and bacon, the challenge was how to make it light.

I knew I had to hide a vegetable in this soup to bulk it up without added calories. My first attempt was parsnips, but the flavor was too overwhelming. My second attempt was cauliflower, knowing how much you all love my Creamy cauliflower puree recipe and it was a winner. It really feels like you’re eating a loaded baked potato, without all the guilt. This would also be great topped with broccoli and cheese if you prefer to forgo the bacon.

How Do You Make a Creamy Baked Potato Soup?

In this recipe, I baked the potato in the microwave, and boiled the rest of the vegetables. Then, using an immersion blender or a regular blender, blend it all together until it’s creamy and thick. 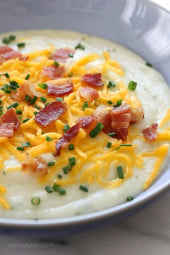 Print WW Personal Points
4.66 from 50 votes
Did you make this recipe? Leave a review » 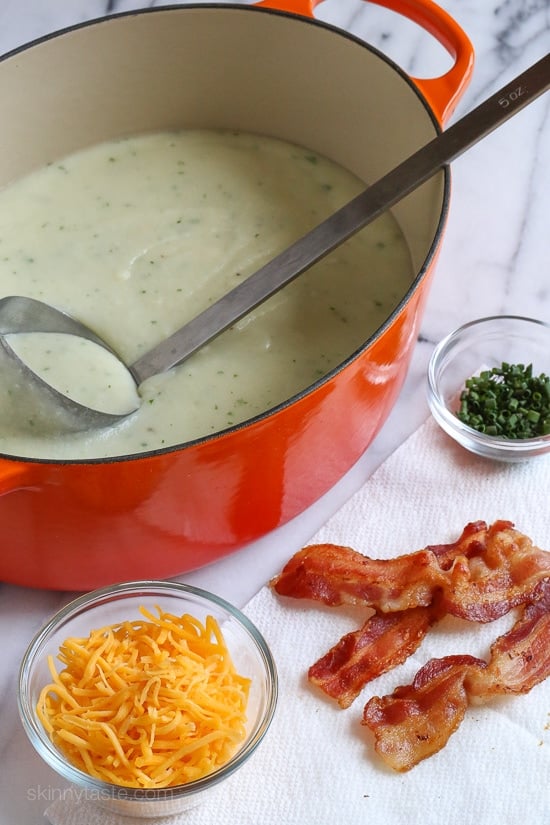 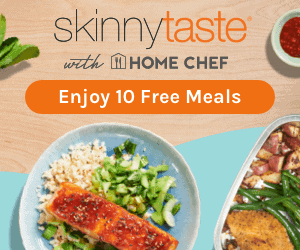