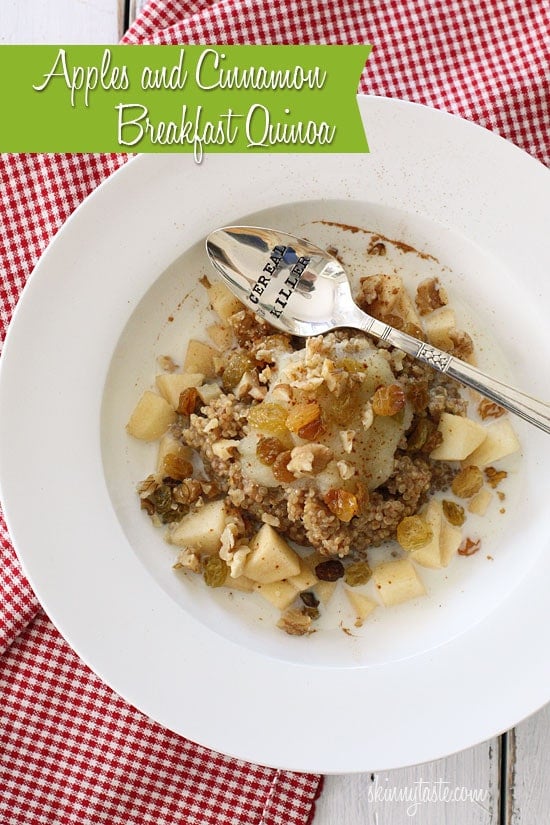 You can do so much with quinoa as a breakfast like combining other fruits such as my Peaches and Berries Breakfast Quinoa Bowls, or festive with fall Pumpkin Spice Quinoa Breakfast Cookies. I also love a savory Quinoa Huevos Rancheros Bowl or Protein Egg and Quinoa Salad Jars for on the go.

I just love the flavor sensations from each spoonful – the sweetness of the raisins, the pop from the quinoa, and the crunch of the apple and pecans. Fresh pears and cranberries would also make a wonderful alternative to apples and raisins. If you like your cereal a little sweeter you can drizzle it with a teaspoon of honey just before eating.  One bowl will keep you fueled and satisfied until lunch. 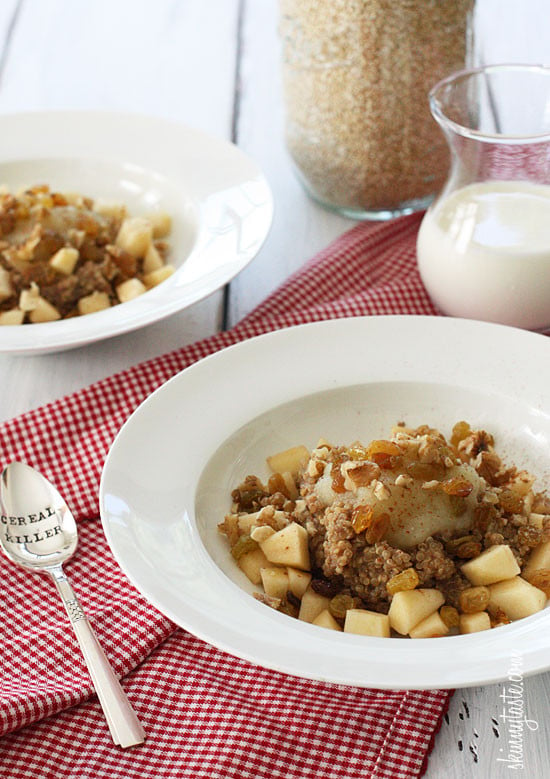 Quinoa (pronounced keen-wah) is a hunger-curbing and power-packed nutritional all-star.  Loaded with satiating protein (8 grams per cup) and filling fiber (5 grams per cup), this superfood digests slowly, which keeps blood sugar and insulin levels steady. You’ll also get impressive doses of doses of thiamin, vitamin B6, folate, zinc, potassium, magnesium and selenium, along with 15 percent of your daily iron needs. No wonder the ancient Incas, who considered the crop sacred, referred to quinoa as the mother of all grains! 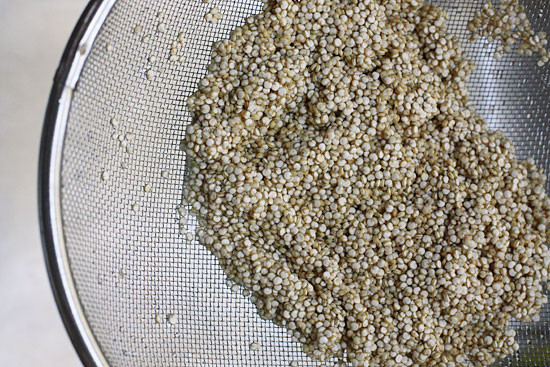 Be sure to rinse the quinoa well before cooking to rinse off the saponins which has a slightly bitter flavor, or you can buy it pre-rinsed.  I like to warm my milk up, then pour it in right before serving. Enjoy! 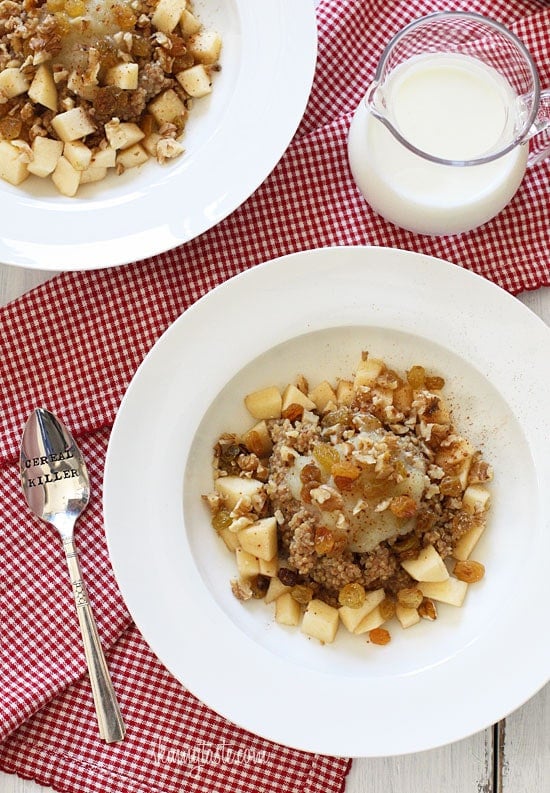 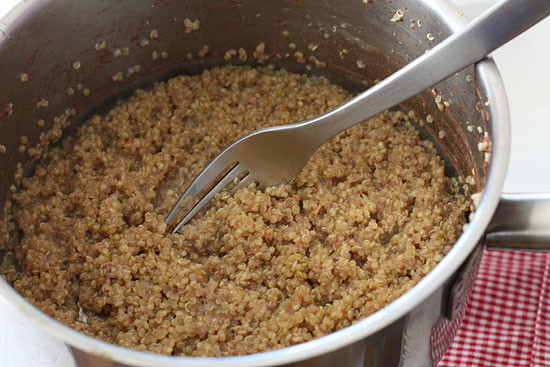 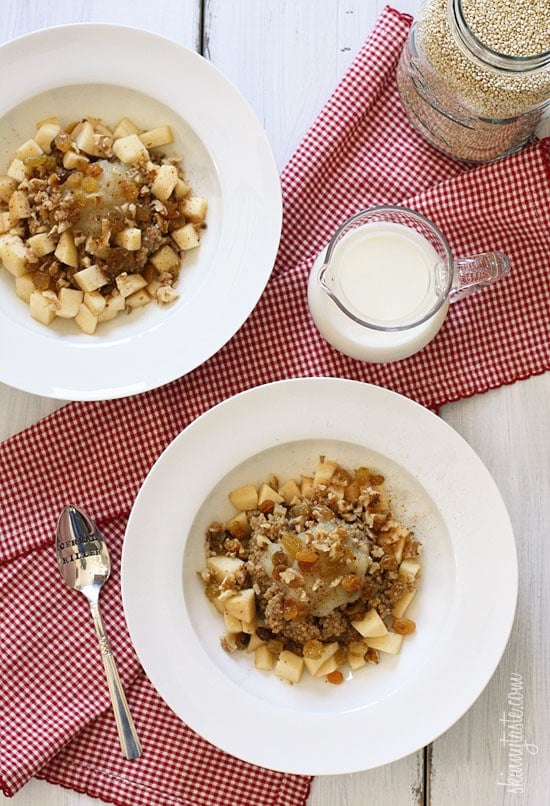 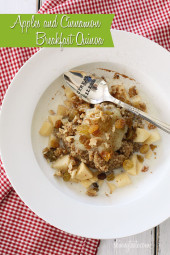 Print WW Personal Points
5 from 2 votes
Did you make this recipe? Leave a review »

Makes 4 servings. You can divide the recipe to make 2 servings. **Nutritional information for quinoa provided by Heather K Jones, RD (aka The Diet P.I.).