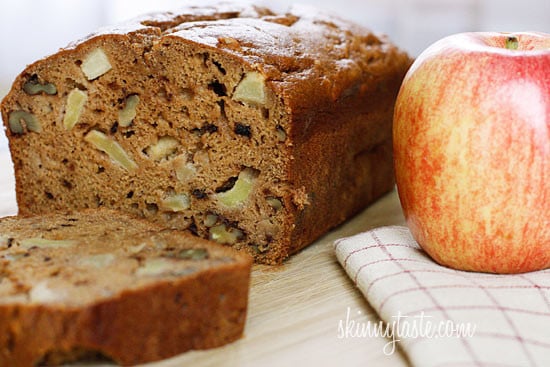 Moist cinnamon apple bread made with homemade applesauce, small chunks of fresh apples and walnuts in every bite. It’s so moist and delicious, you won’t believe it’s light!

I’m going apple picking tomorrow upstate New York and I am totally planning on making my crock pot applesauce and this awesome applesauce bread so I thought I would revive this from the archives for anyone else out there who might also be apple picking. The scent of cinnamon and apples baking in the oven all morning makes my kitchen smell like Fall.

You can also make this with store bought apple sauce, but it is so much better with homemade so if you have lots of apples, I highly recommend you do so. I’ve made this with and without the apple chunks, but I love the extra sweetness and moistness the chunks add to the bread, I highly recommend them. Be sure to dice them small so they cook through. 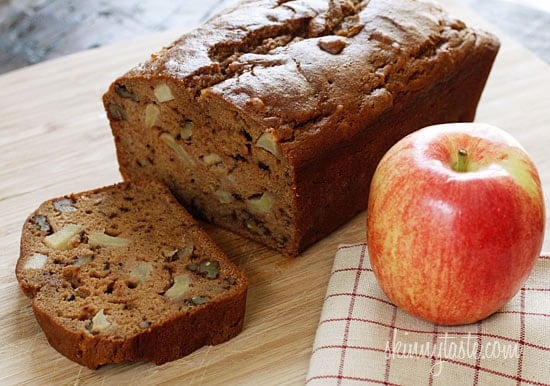 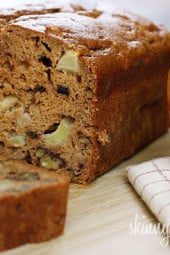 Print
5 from 7 votes
Did you make this recipe? Leave a review » 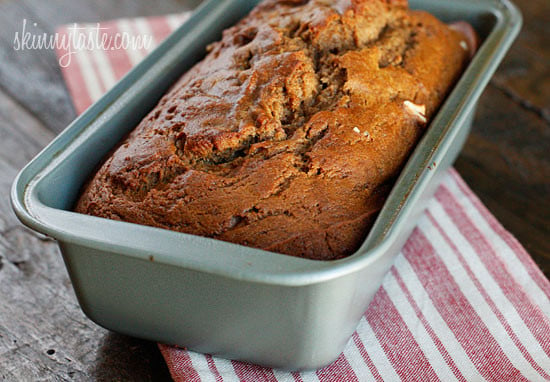