Skillet Mixed Berry Buttermilk Cobbler is made with blackberries, raspberries, and strawberries covered with a delicious biscuit topping and baked in a cast iron skillet. 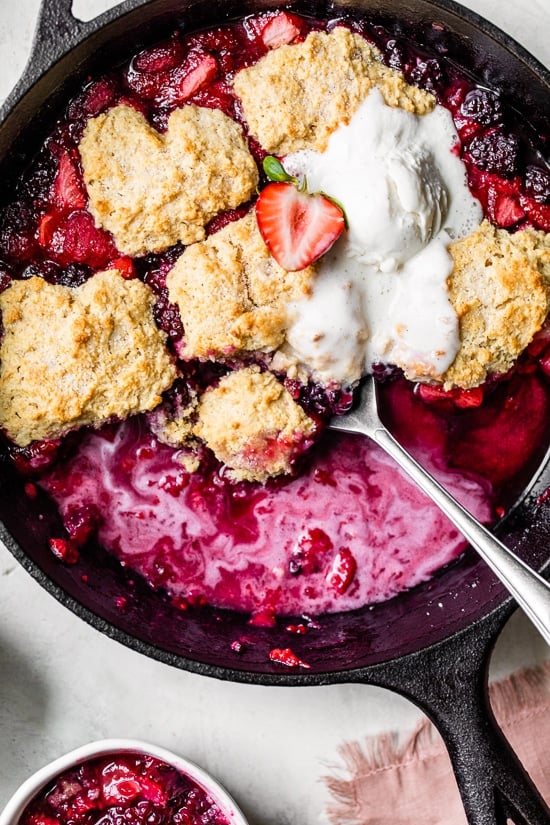 Today is the perfect day to bake a cobbler! I love cobblers with their crusty tops and sweetened fruit. Baking them in a skillet makes them rustic and un-fussy. They are so versatile, you can swap the berries with any fruit that’s in season. You can even use frozen berries, I just let them thaw on the counter first. Some of my favorite crisps are Triple Berry Crisp, Blueberry Peach Crisp, and Apple Cranberry Crumble. 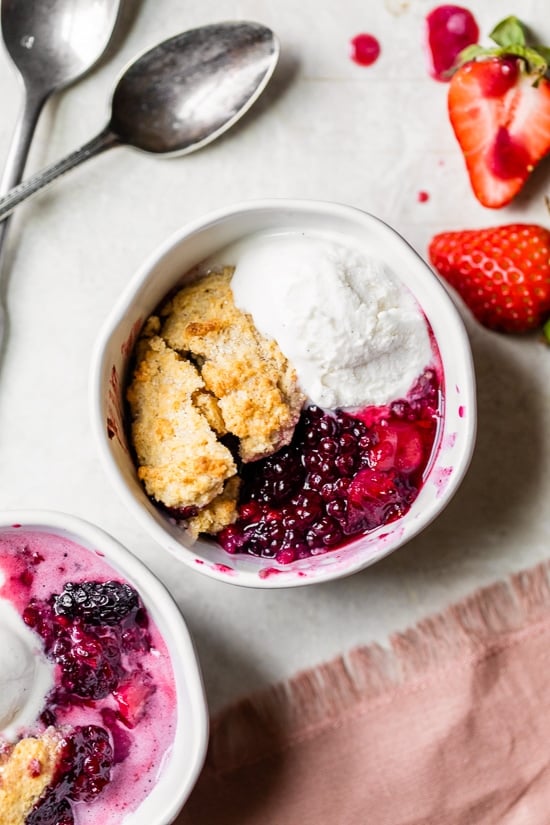 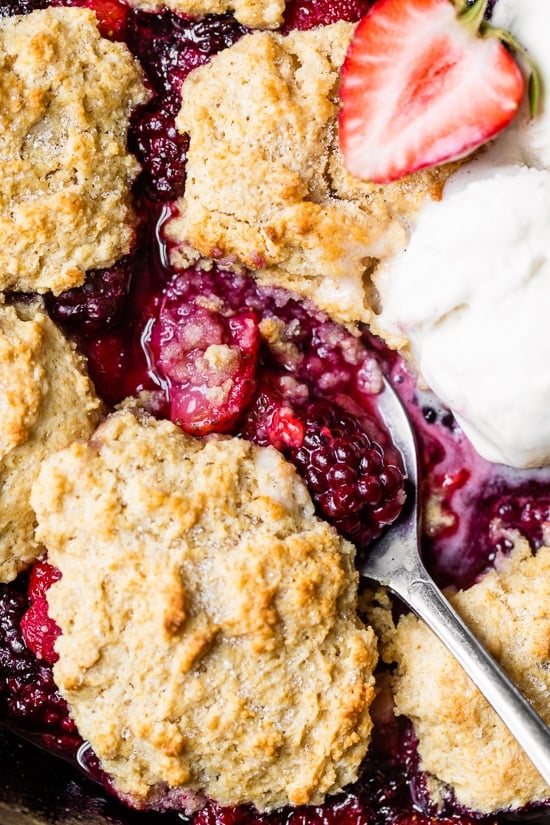 My favorite cobbler filling is mixed berries, but using just blueberries would also be fantastic. This mixed berry cobbler calls for raspberries, blackberries, and strawberries. A little dollop of whipped cream on top is perfect for serving at the end.

This recipe is a lighter take on a traditional berry cobbler since it has less butter and sugar than most other recipes. Cobblers and crisps are great options for dessert because you get a good serving of fruit with all the yummy topping. You could even eat the leftovers for a more decadent breakfast!

Everyone should have a cast iron skillet in their kitchen. I have several, one was my Dads from before he got married over fifty years old! Now that he’s gone, it’s one of the things I treasure and think of him every time I use it. If you want to start off with an inexpensive cast iron skillet, I also have this Lodge Set (affil link) which is a really great price. If you don’t have a skillet, you can use a pie dish instead.

How do you make cobbler from scratch?

Can you use frozen fruit in a cobbler?

Yes. If you don’t have any fresh berries on hand, you can use frozen fruit. I let them thaw on the counter before baking. 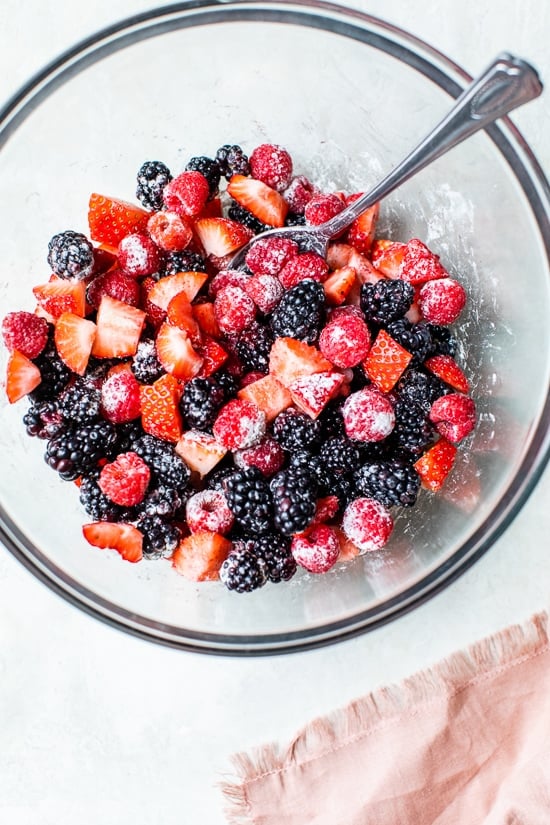 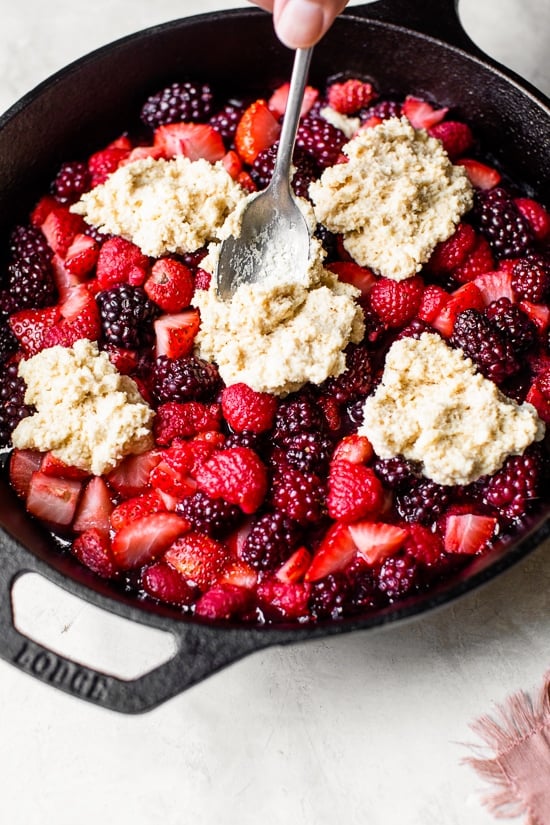 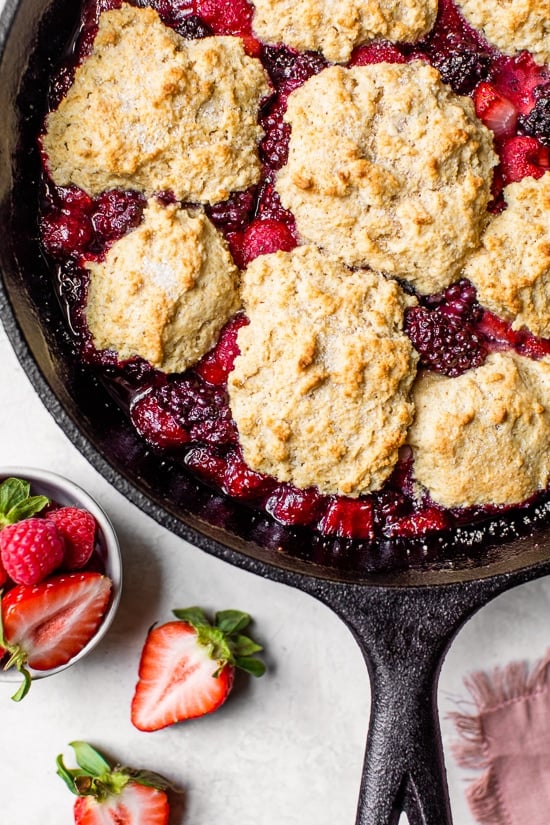 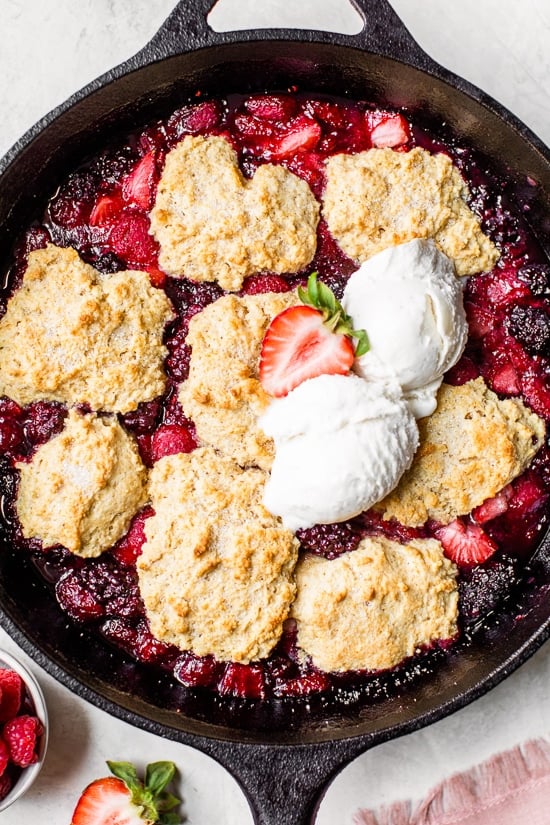 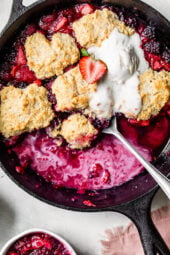 If using frozen berries, let them thaw. Don't have a skillet? Do it in a pie dish.